To live in a world meant for other people 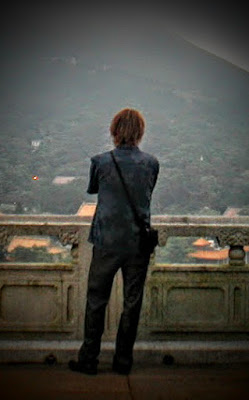 To live in a world meant for other people     Here a bartender carves a block of ice into a near-perfect sphere with a sharp knife and his bare hand.  A geisha steps onto the elevator in the hotel, her hair brushed back with painstaking accuracy.  In the restaurant, food is prepared with care and served with even more care.  Ugly buildings and tangled wires overhead share space with small gardens and handmade signs and window displays and rows of idle bicycles.  Neon skeletons hang by day and become breathing beauties at nightfall.  Preschoolers line up like ducks in yellow uniforms on a train platform.  I hear one visitor refer to these children as the reason why “they are so militaristic.”  My introduction to Japan is a list of quips like this one from other westerners.  I hear them from strangers on the subway.  I hear them from my co-worker who has lived here for several years.  I hear them from the occasional person I meet in a bar or at a party.  I stand in this
4 comments
Read more

My Books Reviewed at San Francisco Review of Books

Syncopated Rhythm  "... The language is so appropriately raw when needed and so fragile in other passages ... Writing of this apparent simplicity is true craftsmanship and James carries this creative flow throughout the book ... James' gifts as a writer are extraordinary. This may be new work and if so it holds promise of an author who will likely rise in the same realm as Jonathan Saffron Foer et al." - San Francisco Review of Books Clifford and Claudia  "... [the author] can interplay gay characters with aplomb and make his story so universally relevant that the reader can simply sit back and enjoy the entertainment. And in his novel there is entertainment aplenty! ... His ability to create stories that are refreshingly unexpected places him in line with some of most established authors. Highly recommended." - San Francisco Review of Books The Story of Teddy and Eddie  "... James’ elegant style of writing inserts italicized poetic pass
1 comment
Read more 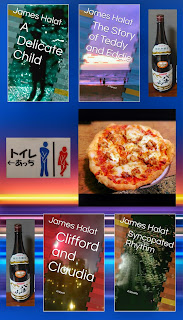 My books on Goodreads 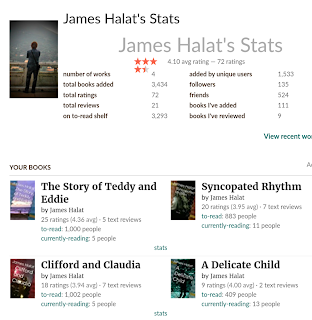 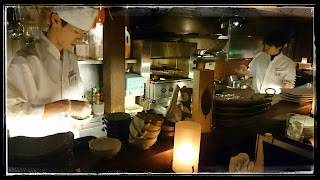 During my first month in Tokyo, I am taken to a neighborhood izakaya in Takadanobaba called Momem Ya by the owner of the jazz bar I frequent. The restaurant is secluded in a basement, a small but comfortable space, perfect for two at the counter, or groups at the Japanese-style tables hugging the walls.. It has a friendly staff and delightful menu. Both change over the years, yet remain uncompromisingly friendly and delightful. Jazz music hang s over the open kitchen as we wait for our food to be cooked.  Chefs in the Open Kitchen of Momen Ya  This first visit, I am introduced to shirasu, pictured below. There is a lot of food on the table that night, and I dig into the shirasu like I do the other new food I try - with trepidation, excitement, and anticipation. I take in a mouthful, then another. A delicious flavor, new to me. A delicate taste. I think I am eating some sort of Japanese steamed vegetable. I ask my host what it is. He smiles and tells me to look closer. It is o
1 comment
Read more 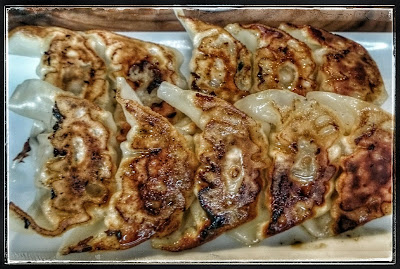 In this introductory post on Japanese food, I have selected a dish that actually has its origins in China, and only makes it's way to Japan in the last century (or so I have been told). That dish is gyoza.  Of course, I have the opportunity to eat various dumplings before I come to Japan, but the flavor and consistency of Japanese gyoza is an unexpected treat for me.   Natto Gyoza The gyoza pictured above is natto gyoza, not something you find in most restaurants, but one of my favorites. The reason is the natto. Natto is a traditional Japanese food made from fermented soy beans. It is notoriously stinky, has an unusually strong flavor, and when eaten normally it sits in a fluid having the consistency of spit. I'm not a fan of this version. But when cooked in gyoza, you end up with an unmistakeable aroma and a noticeable bite to the flavor of the standard fare of minced ground pork, chives, green onion, cabbage, ginger, and garlic. Add a light crisp on one side, and a d
2 comments
Read more

Living in the Chelsea Hotel 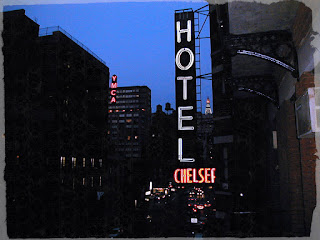 The landmark Chelsea Hotel was built in the 1880s as one of the city's first private co-ops. In 1905, it re-opened as a hotel. Over the years, the hotel has been the home of numerous writers, musicians, artists, and actors, including Dee Dee Ramone, Bob Dylan, Virgil Thomson, Sam Shepard, Arthur C. Clarke, Arthur Miller, Charles Bukowski, Allen Ginsberg, Dylan Thomas, Janis Joplin, Tom Waits, Leonard Cohen, and Patti Smith. In the 1970s, a New York landmark himself, Stanley Bard took over the management of the hotel, and his son David joined him later on. In the autumn of 1978, punk rocker Sid Vicious killed his girlfriend, Nancy Spungen, in Room 100, a room that has joined the other ghosts that make up the Chelsea. View from the Balcony, Room 325 The year is 1995 or 1996. I enter the Chelsea Hotel, push through the heavy glass doors. The light in the lobby adjusts to my eyes. Art runs floor to ceiling around the room. Obscure paintings. Little known artists. A s
6 comments
Read more
More posts

James Halat
James Halat was born in Paterson, New Jersey, and now lives in Tokyo. Before moving to Japan, he lived in New York City, Philadelphia, and Los Angeles. In addition to being a book lover, he is an art lover and food lover. He started writing in college, and has published four books: Syncopated Rhythm (2015), Clifford and Claudia (2015), The Story of Teddy and Eddie (2015), and A Delicate Child (2019). Three of his books have received 5 Star reviews from the San Francisco Review of Books.